Hello folks, I thought I would give you all an update on my progress on visiting all the highest points of every modern county, historical counties and unitary authorities in England Scotland and Wales.

Here is my current map of completed areas, as you can see I have large areas yet to do in the North east and up in Scotland plus lots of random patches still to do all over place but I AM getting there. Click on the map to enlarge. 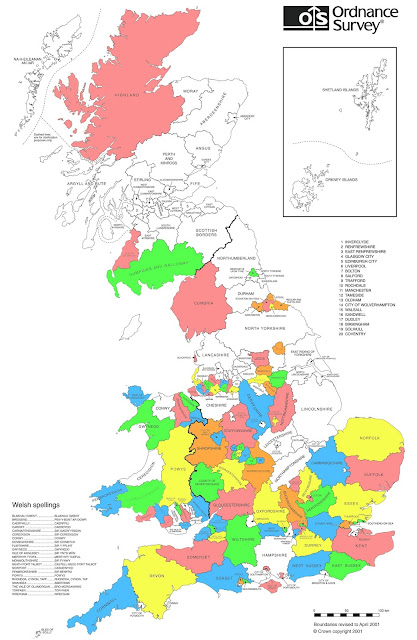 Thanks for looking in everyone
Posted by Magirob at 15:21 4 comments: 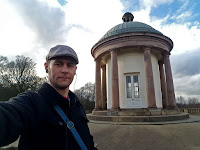 Well, 2017 has arrived and we are now well into the year, Hill climbing season is fast approaching and its time to catch up with a few hill visits I have completed since last summer.

In September 2016 I headed up to Edinburgh for a short city break with Nathan and Ryan, this was not a hill climbing event however I did manage to visit one hill on the way home, Driving past Newcastle upon Tyne I stopped off to look at some maps and found there was a very easy high point I could do. 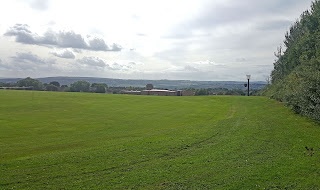 Westerhope is the highest point of Newcastle upon Tyne and was just a short drive from the main A1, I didnt have too much time as it was a long journey back down south to an event I was taking part in.

After arriving near the high point of Westerhope I took a short walk, it was not far but was good to get out and stretch my legs. Westerhope is the location of a covered reservoir and in the area there is a football field with a beacon at one end so I knew I was in the right location. it was only a short stop and I was soon on my way back down south. 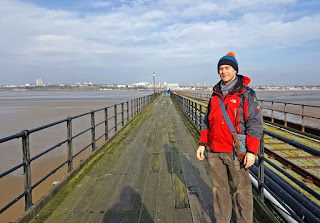 Travelling forward in time a few months to February and I was taking another short break with Nathan, this time much farther south not too far from the town Essex town of Maldon. While in the area we visited Colchester Zoo and headed into Southend too.

Southend is home to the worlds longest pier so we had to go and see that and it was a lovely long walk. I also visited a high point, Southend on Sea has 2 high points, both are the same height so when this happens it is called a twin top, I did one of them several years ago in January 2014 but I had somehow missed the other one so it was good to get this done even if it was just a road junction, As I say to everyone, it is still a high point and it still counts so I was happy. 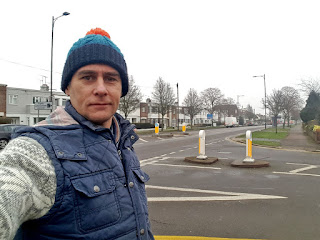