It was day two of my camping trip to the Chiltern hills and I woke up in my tent bright and early, the weather forecast was due to be bright sunshine but when I unzipped my door and peered out the amazing view had disappeared into the thick fog. It was a very eerie as I couldn't really see too much, just the thick fog.

I cooked some eggy bread for breakfast and had some tea and then headed off to the first location, it was only a 20 min drive past the town of Tring, when I arrived it was still very thick fog. The high point I was planning to visit was meant to be the best of the four I was going to see today and I really couldn't see anything so I decided to change my plan and come back to this one later in the day when the fog had cleared.

Driving east from the Tring area I headed along a few large roads for about 20 mins and then through the town of Hemel Hempstead, It was here I realised I had been here before, many years ago I worked in the area and I remembered a crazy roundabout system they had. Past Hemel Hempstead I joined the M1 for a few miles and eventually turned off and made my way through the town of Luton, past the airport and along a few roads ending up at the highest point in Luton. This hill is called Whitehill and is 178 mts above sealevel, there was an interesting white house with a turret but there was nothing too special with this high point and it was still a little bit foggy but I could see it was starting to clear now.

Next I drove west across the M1 and through Dunstable where I turned right onto the famous Watling street, This street was an ancient Pre Roman road which started in Canterbury and headed off for 277 miles across ancient Britain. I followed Watling street for about 6 or 7 miles turning off near the village of Little Brickhill just south of Milton Keynes. After a little difficulty finding my way (due to some road closures) I managed to park and walk up to the top of Bow Brickhill, the highest point of Milton Keynes, this hill is 171 meters above sea level, not as high as Luton but a little better looking, it was mainly tree covered and quite peaceful except for the roadworks going on in the distance.

I didn't stay on this hill for too long, I was soon off to my next location (after a short stop at the camping shop for some more gas). The next 2 high points were both very close to each other so I headed back south past Leighton Buzzard and then to my next hill. Wendover forest is run by the forestry commission and is home to a hill with 2 claims to fame, after parking not too far from the summit I walked the short distance to a small monument marking the top of Haddington Hill, the highest point of the Chiltern hills and the highest point of Buckinghamshire. Haddington hill sits at 267 mtrs above sea level, the highest point of the day. This was a really beautiful location, I went for a walk and ended up sitting in the sun for some time, the fog had cleared and it was now quite warm. I stayed here for a couple of hours and took plenty of photos, it was such a beautiful place and so peaceful.

My last high point for the day was about a 15 min drive away to the east, I had to drive along a few small bendy roads but was soon at Pavis Wood, the highest point in Hertfordshire. This high point was not to obvious as it was all pretty flat but thanks to my maps I found the exact location and took some photos, this location is 244 mtrs above sea level. It was now time to head back to the campsite for the evening and that was just a short 10 minute drive away. I finished the day off watching the sunset while cooking my dinner over an open fire.


The next morning I packed up my tent and headed off home after a really nice few days away, it was my first camping trip of the year and it was well worth it. The campsite was amazing, the hills were not too bad and the views of the Chiltern's were wonderful. Thanks to Town farm campsite for letting me camp, I really recommend them if your wanting somewhere to pitch your tent. 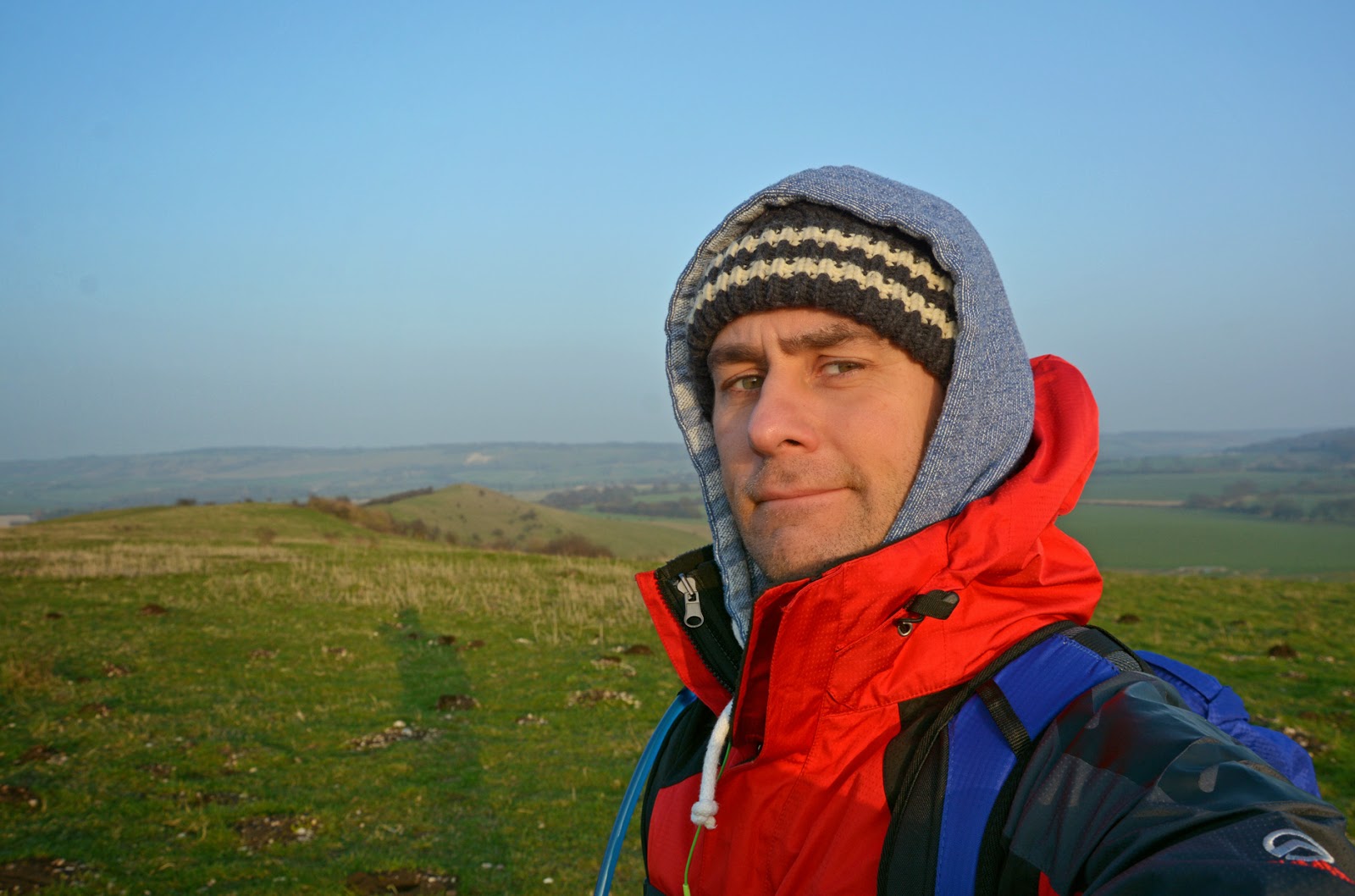 Every year in late February I get the chance to visit Blackpool as it is the home to the worlds largest magic convention, I love Blackpool, yes you heard me correctly, I LOVE Blackpool for 4 reasons (here is where I upset the population of Blackpool), the main reason why I love it is that it makes me realise how really good it is in my home town of Portsmouth, Blackpool really makes me see what a good city I live in, I mean its really good here, Blackpool is like a polished turd, in recent years they have spent millions on the Blackpool regeneration, a whole new seafront, new shopping centres and loads more of amazing things, but no matter how much they try to make it look good, no matter how hard they polish it, it's still a turd. The second reason I like Blackpool are the fact it is home to the worlds largest magic convention, Thirdly it is home to some pretty nifty roller coasters and finally( and in this blog most importantly) it has a high point.

Now before we go any further, no, the Tower is NOT the highest natural point in Blackpool, and no, nor is the 'Big One' rollercoaster in the Pleasure beach. The highest point is in fact next to the Warbreck Reservoir about 1.5 miles to the north of the tower. So it was on my way home from the Blackpool Magic Convention I asked my friend Scott (who was driving that weekend) if he would mind me stopping off on the way home at the reservoir for me to take a quick photo.

And to keep you all happy, here I am standing at the giddy height of 34 meters above sea level. 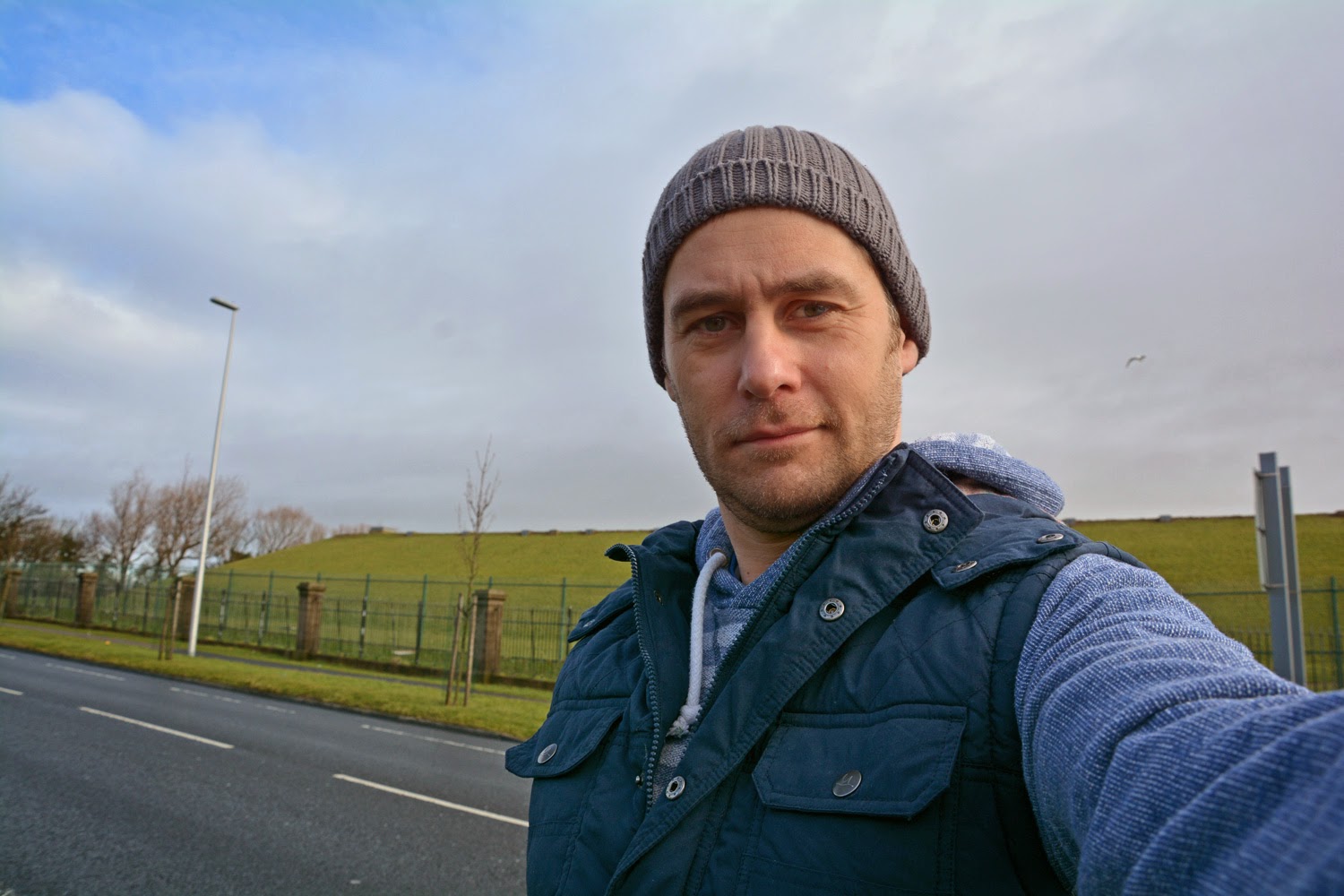