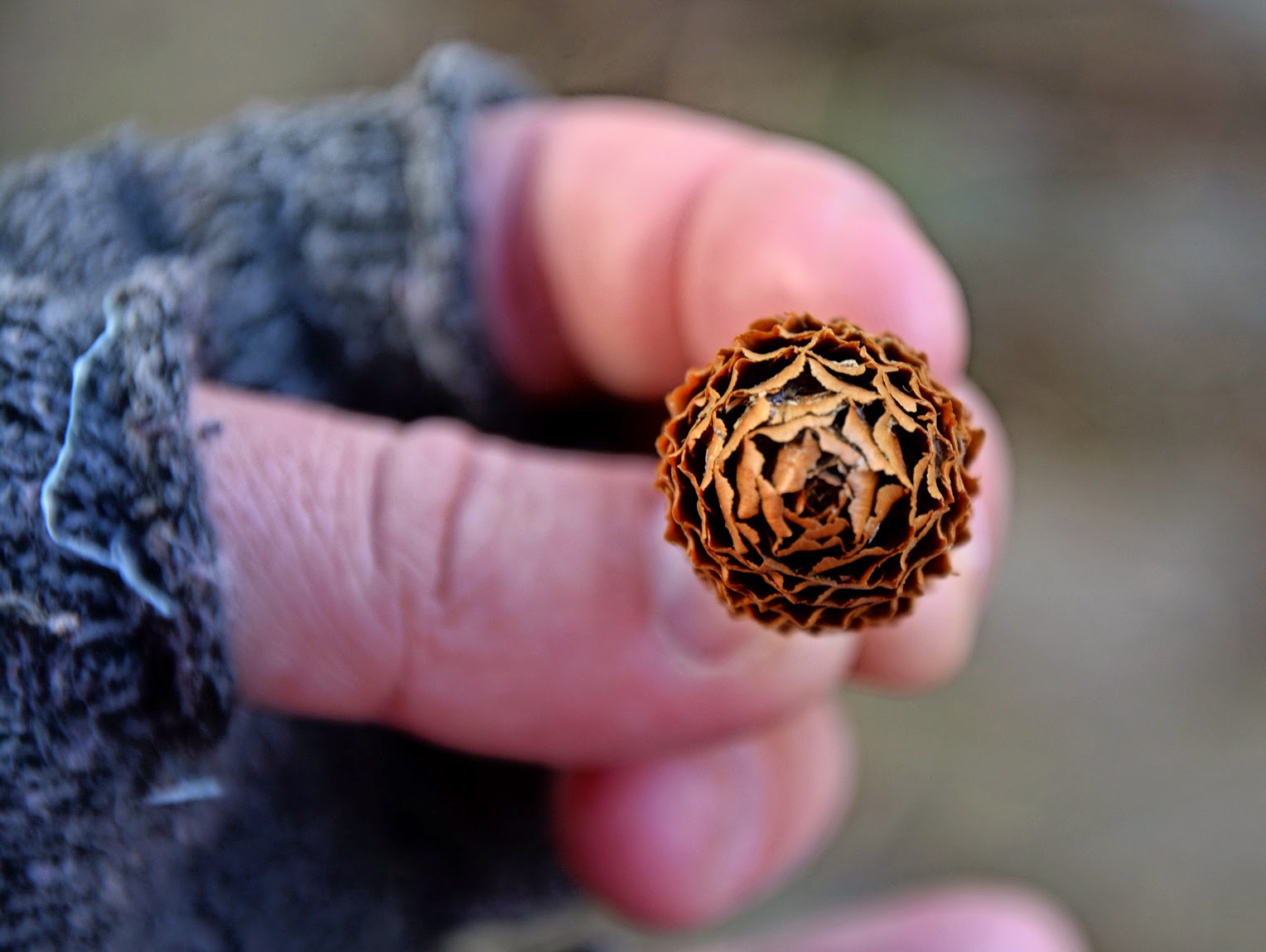 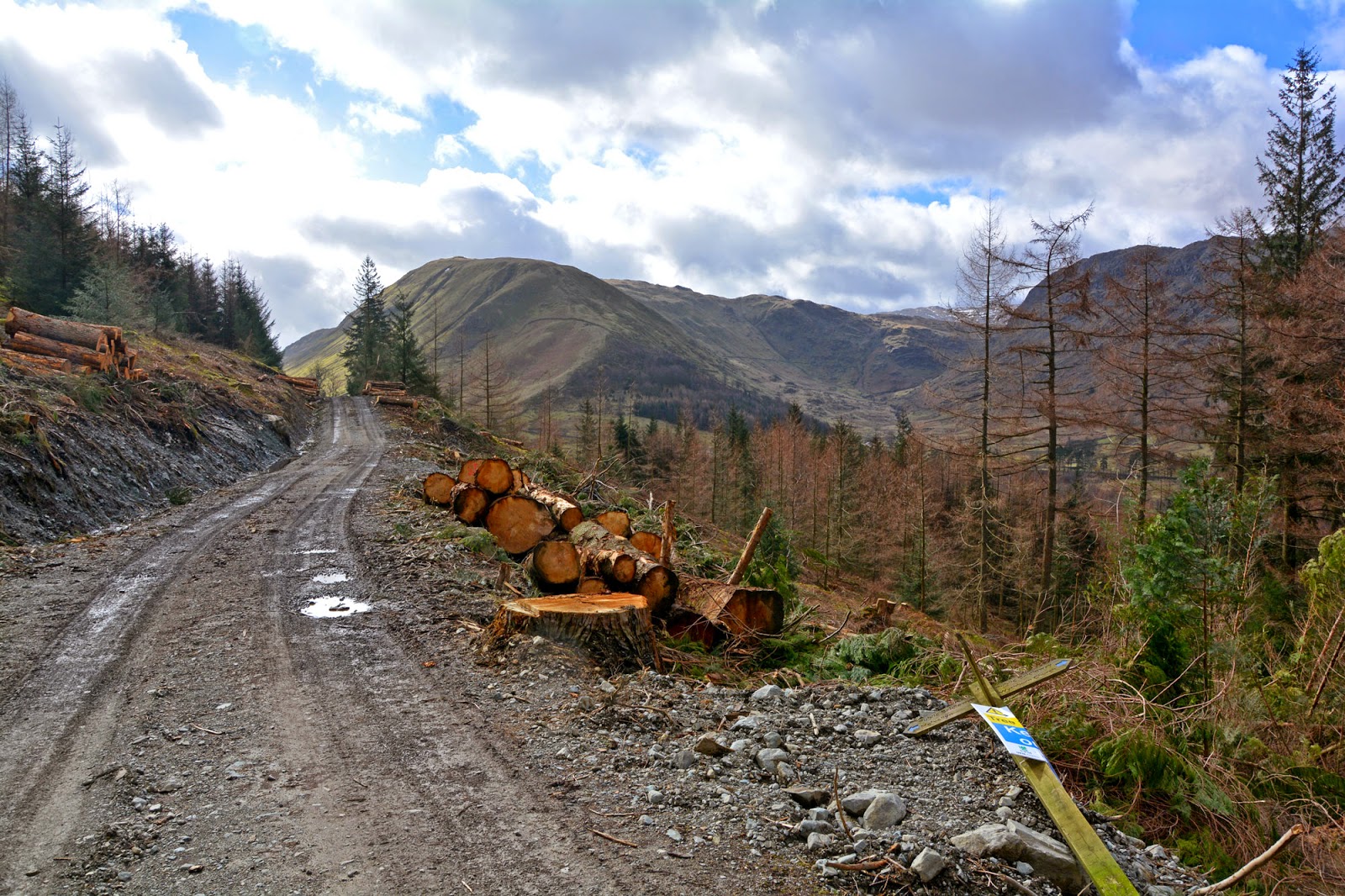 It was Christmas 2014 and as a Christmas gift I had purchased for Nathan a hotel break to the Lake District, 2 nights in a lovely guest house in the beautiful town of Windermere. Now at the time It was not my intention to use this as an opportunity to climb a mountain however Nat asked if that is what I wanted to do, I said no however if he wanted to we could go and climb a mountain, I showed him some photos of the local high point to climb and he instantly said it was something we had to do. 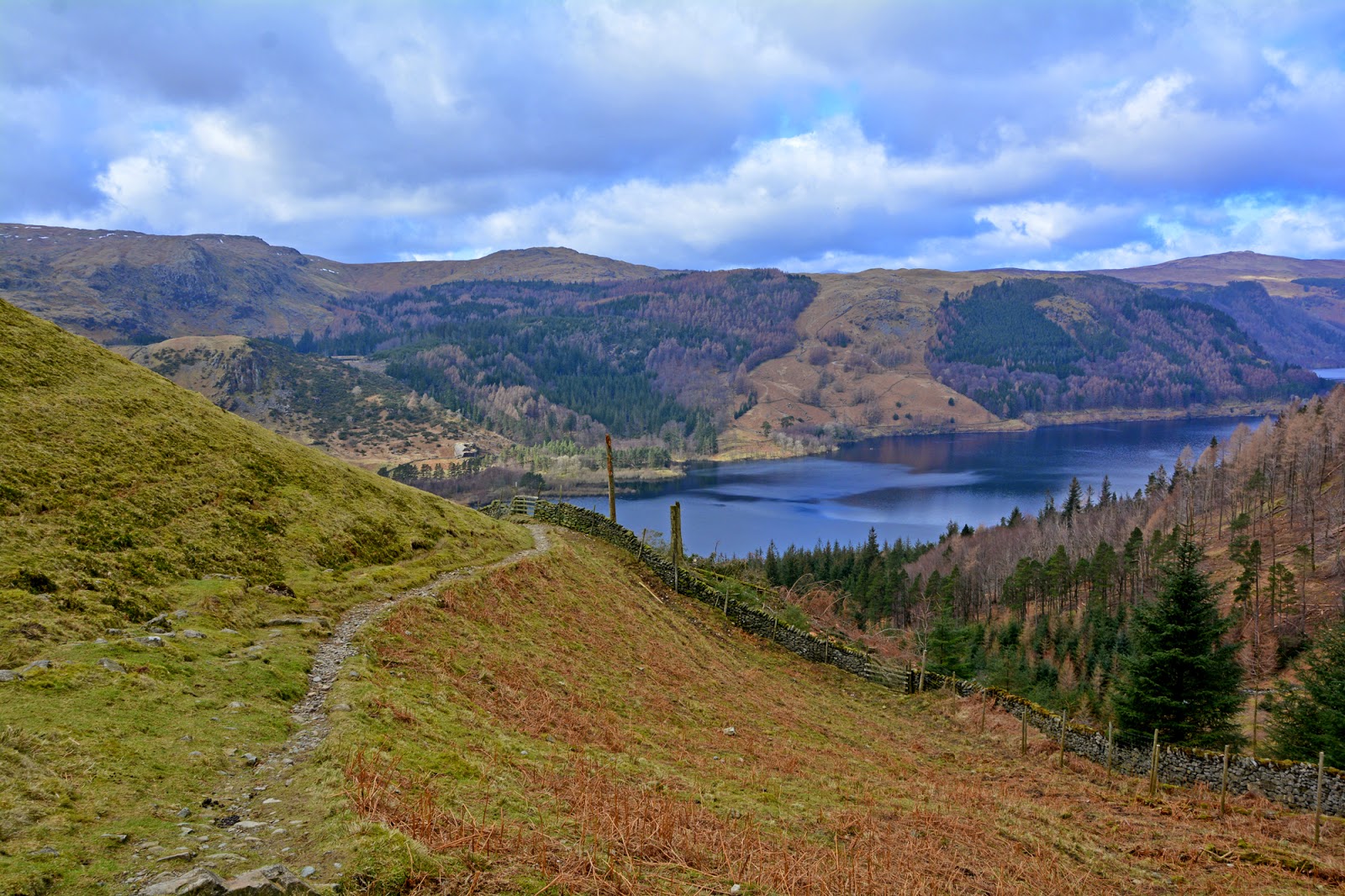 Helvellyn lies a few miles north of Windermere, Nat and I arrived at a small car park at the southern end of Thirlmere (a reservoir), we parked next to a small church, I knew there was something special about this church but couldn't remember at the time, when I returned home I remembered it is the last remaining building of the village of Wythburn, back in the 1890s the valley was flooded to create Thirlmere. 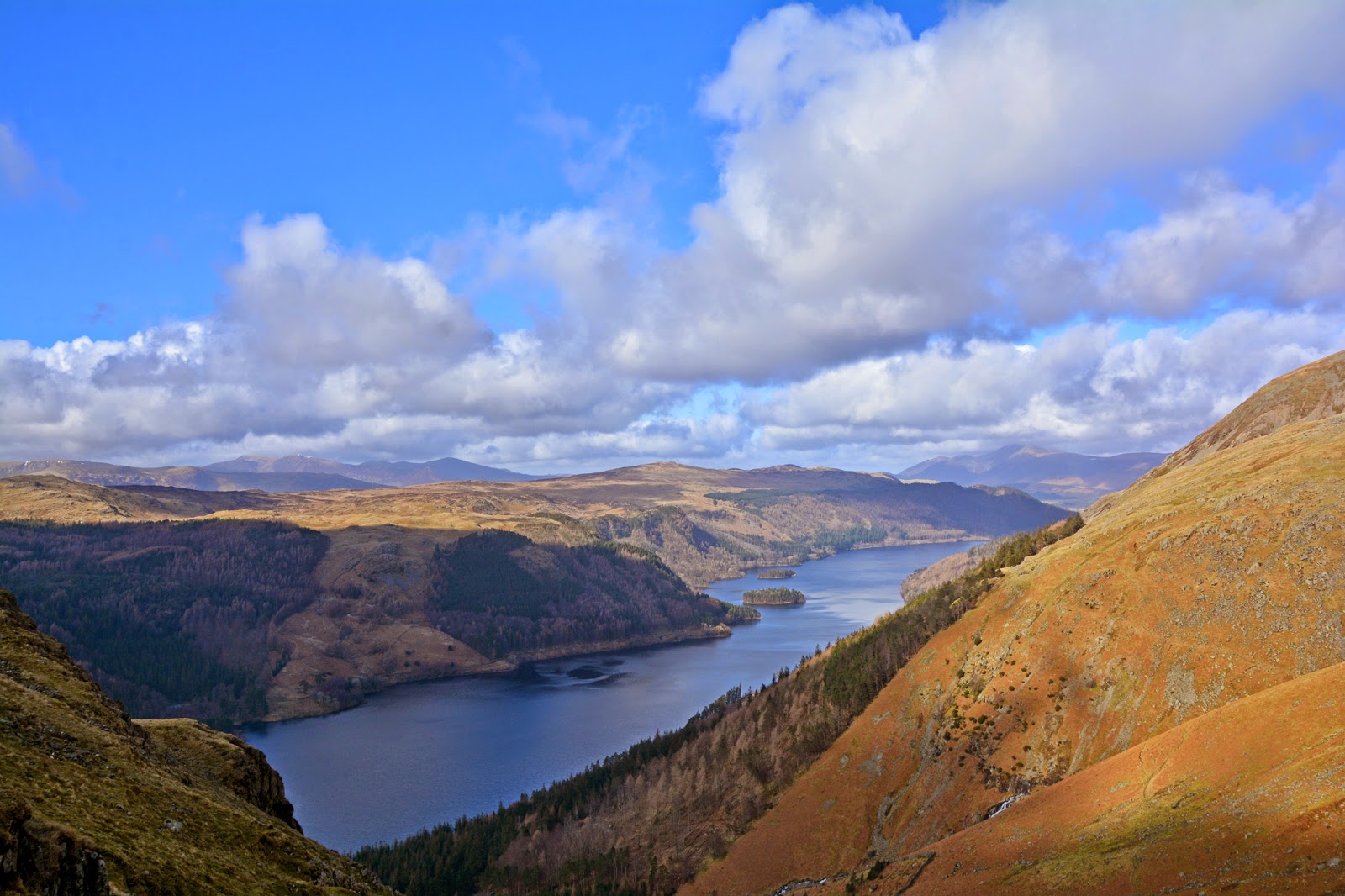 After parking the car and collecting up our backpacks we headed off straight up the mountain, the climb upwards started off almost straight away with a straight path through the woods, there was a lot of forestry work taking place in the surrounding woodland meaning many of the paths were closed off to us but the main path up Helvellyn was fine. after a short distance we passed through a gate and out of the woodland into open land,  the path zig zagged slightly here and soon we had our first views of Thirlmere and the surrounding mountains, also ahead of us high up on the mountain we could see lots of snow. 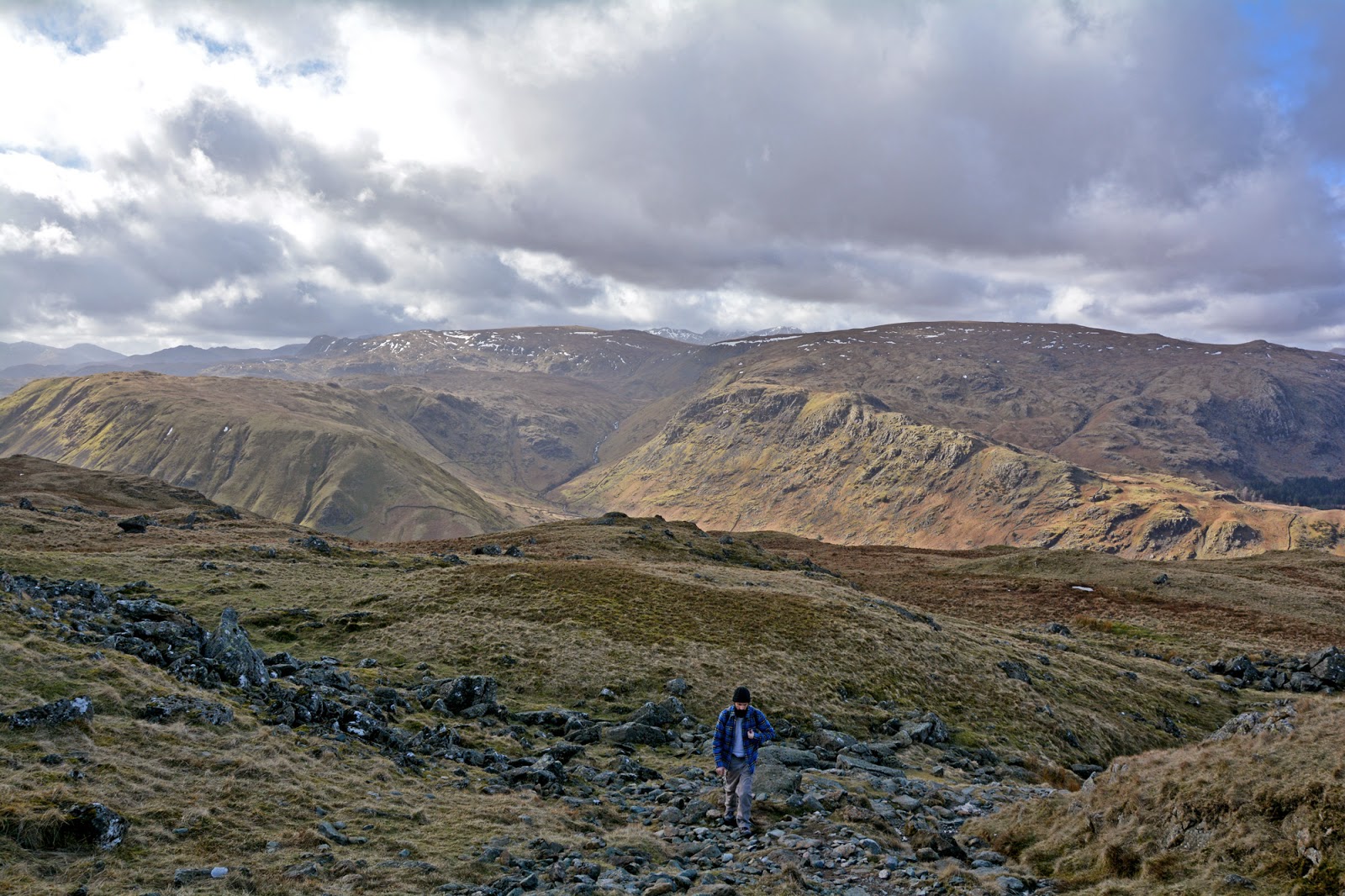 The path we had chosen seemed to climb upwards all the time, there was never a point where it flattened out so it was pretty hard work however we carried on up the path and eventually between some rocks where we saw our first snow, it was only a little bit around 12 inches long but it was pretty exciting as we rarely get snow in the south where I live and this would be my first high point to actually have snow. 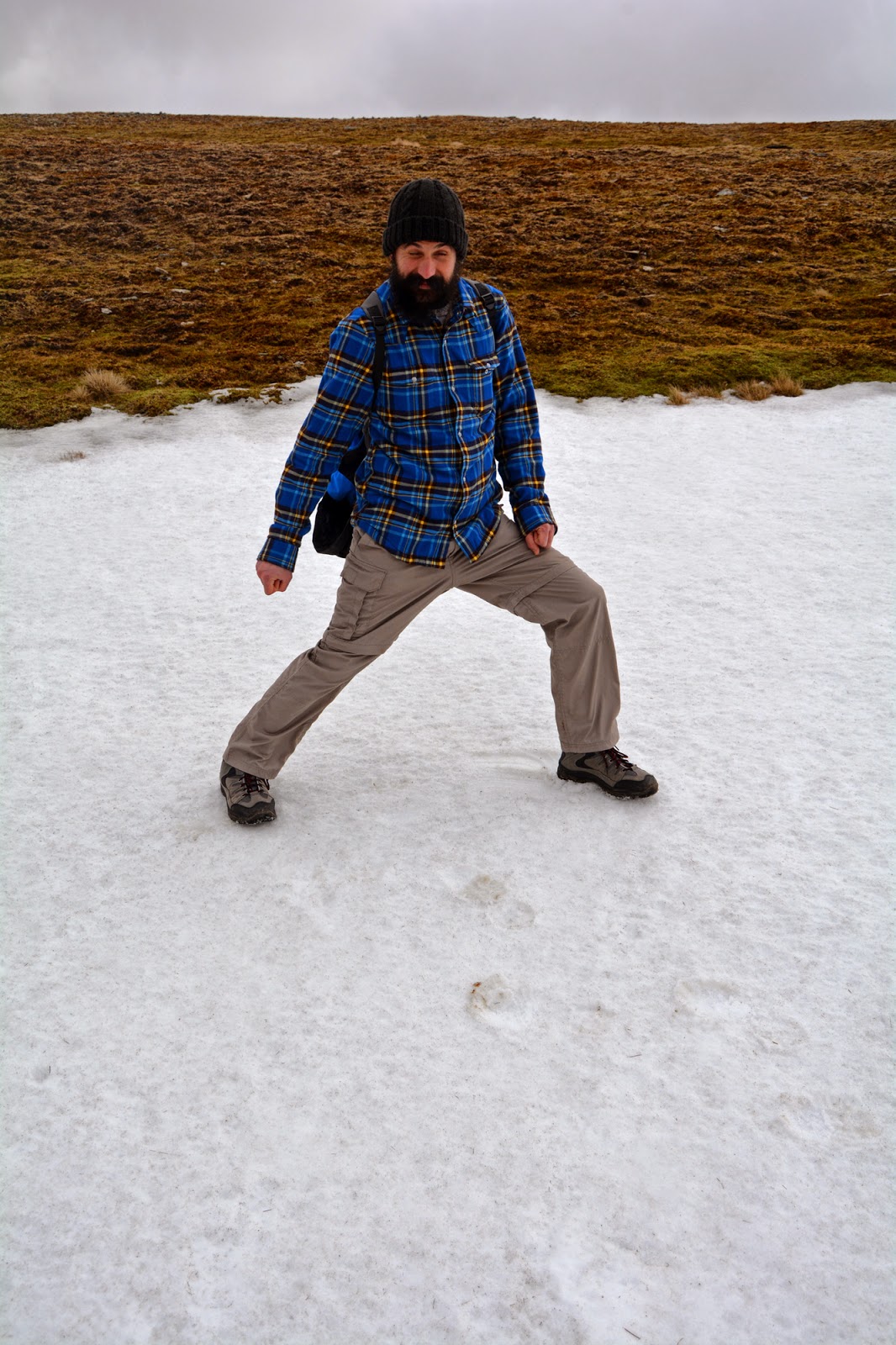 Further up the path we encountered some much larger patches of snow and we couldn't resist a quick run around in it, way below us we could see a few planes flying over the lake, one of them was a military jet and even from up on the mountain it was very loud.

Eventually our path joined a larger path and we were not too far from the top, the path had flattened out a bit, on our left to the west were some magnificent views over the lake and onwards to the mountains, to our right we could now see plenty of snow clinging onto the steep slopes of the mountain and the well known Striding edge leading up to the top of Helvellyn. 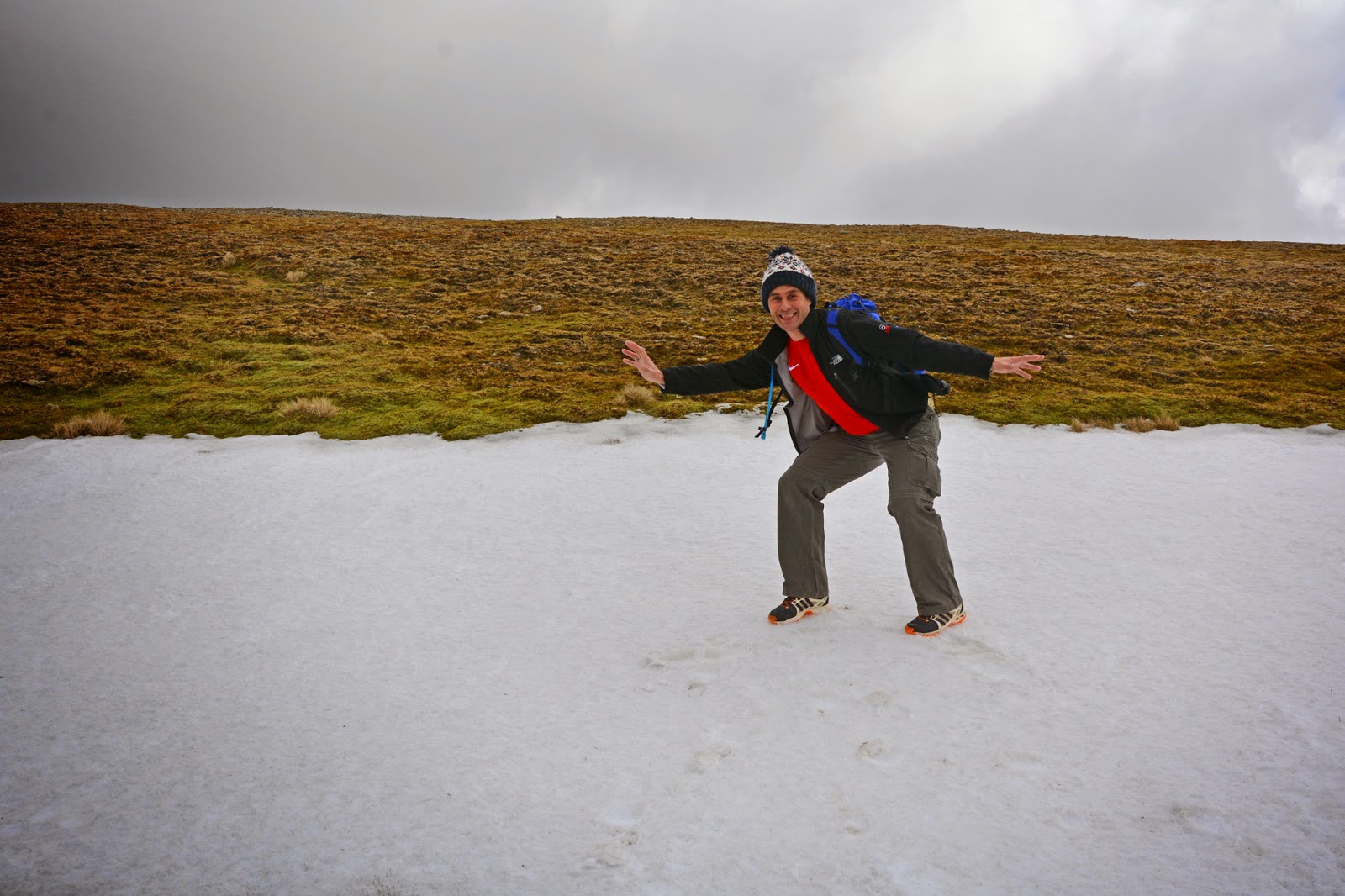 It was not long before we had reached the top of Helvellyn, at 950 metres it was the highest point of the historic county of Westmorland and the third highest mountain in England, At the top it was the first time we really noticed how cold it was, the wind was stronger at the top and we were really starting to notice the bite so we didn't stick around too long. From the top we were pretty amazed to see some skiers on the snowy slopes below us and after a quick explore and a few photos we headed back down the mountain as fast as we could go, the wind was now blowing right in our faces so we really felt the cold however it didn't take us too long to escape from the wind and head back down the path. 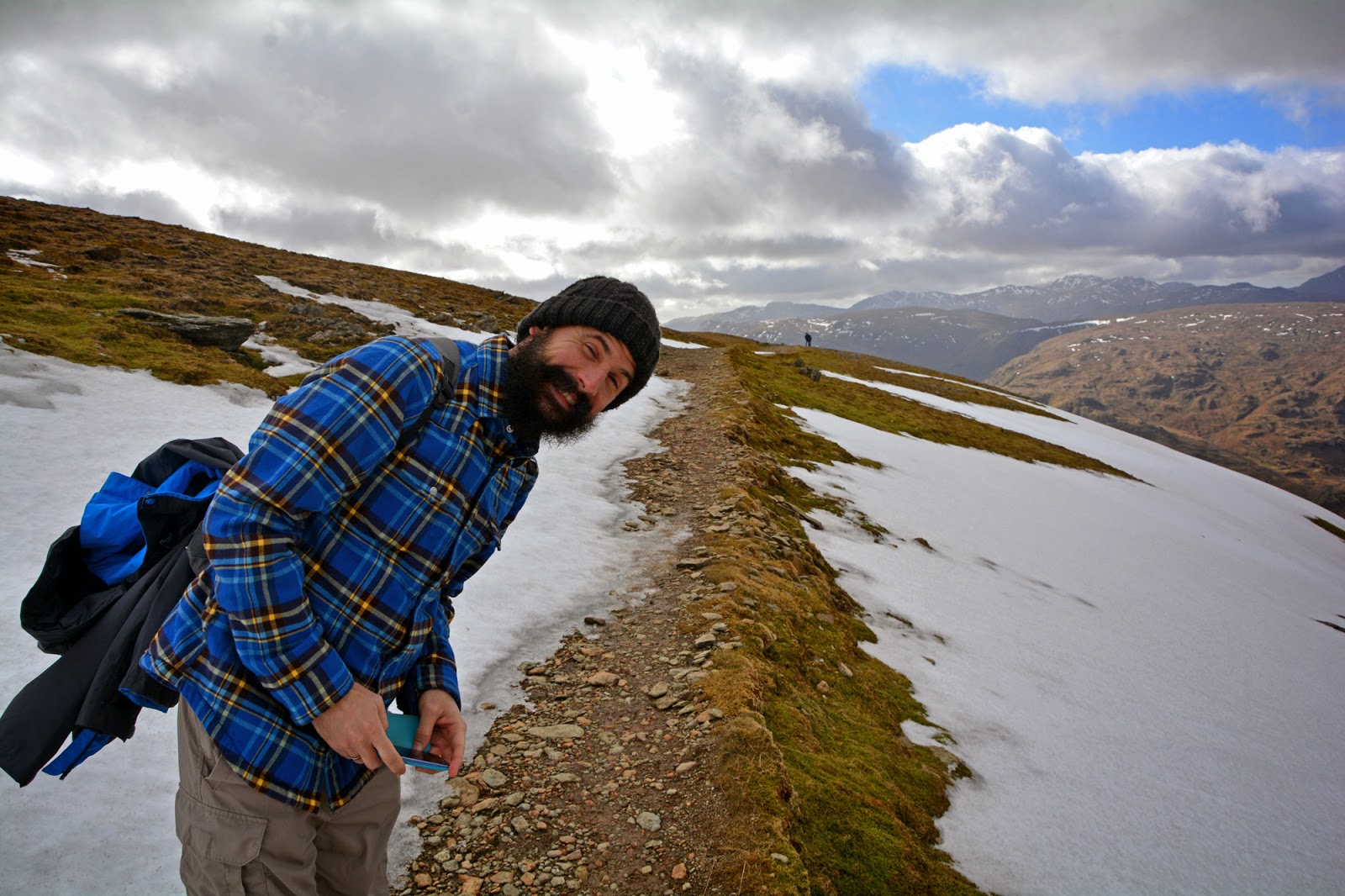 We retraced our steps for the whole walk back, because of the forestry work taking place in the woods below us it meant we could not do a circular walk but this didn't matter as the views were pretty amazing, they were worth seeing again. Halfway down Helvellyn we stopped off for a quick spot of lunch and a drink, then we were on our way again back to our car waiting for us in the car park. 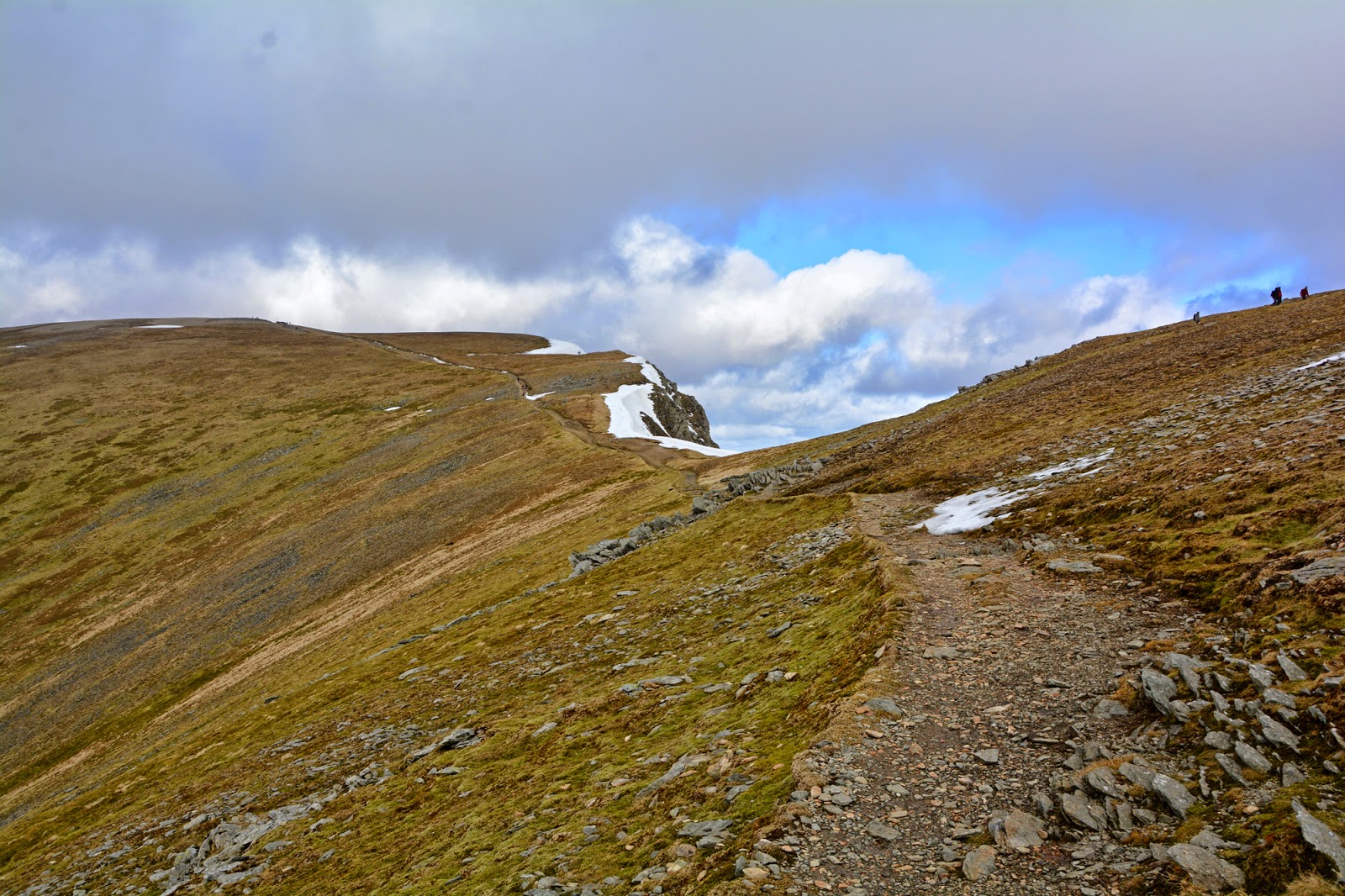 Helvellyn was an awesome mountain to climb, I loved climbing it and the snow added an extra bit of fun. I would highly recommend a walk on Helvellyn, its not too difficult to climb and the views are incredible. 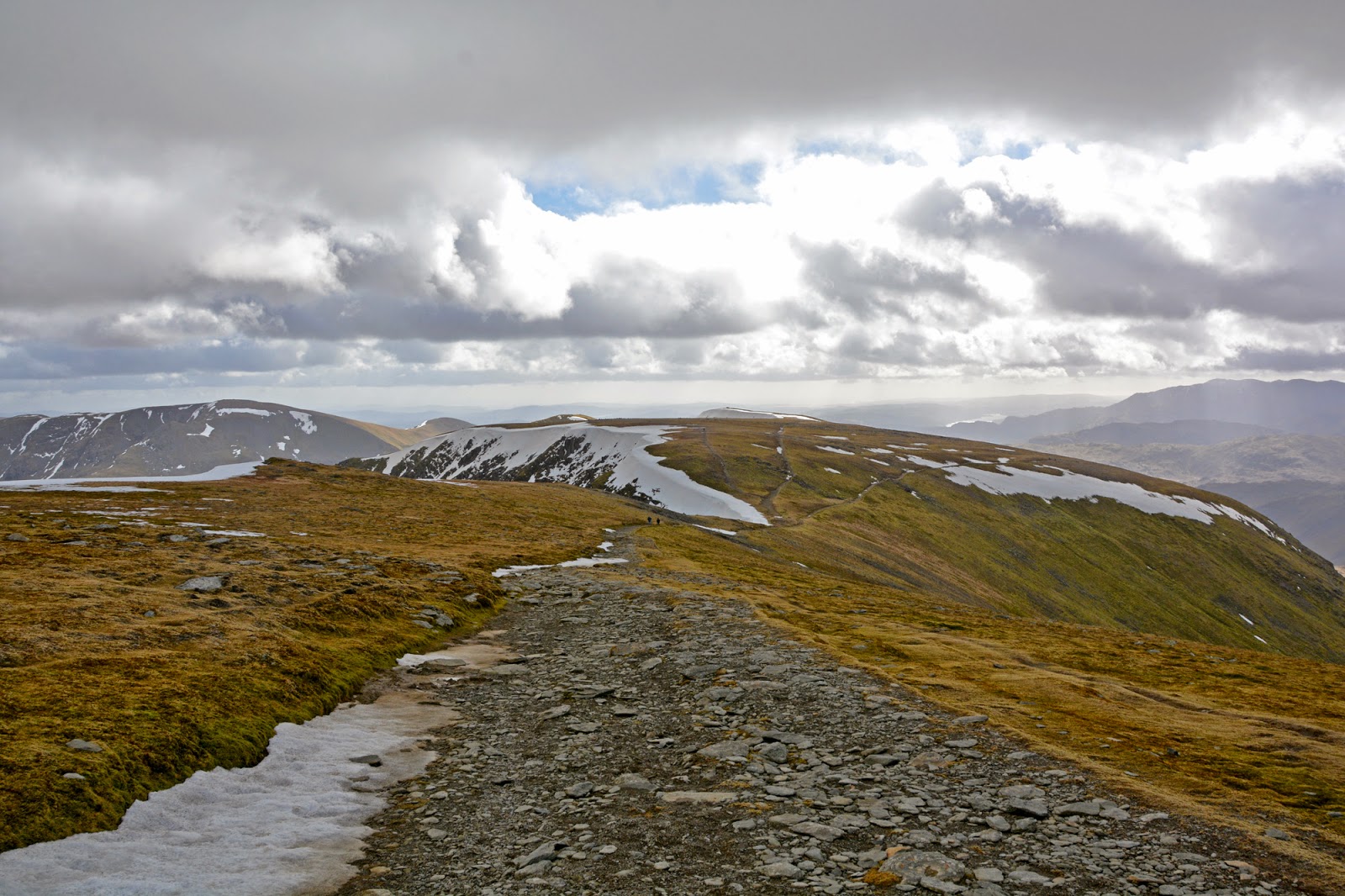 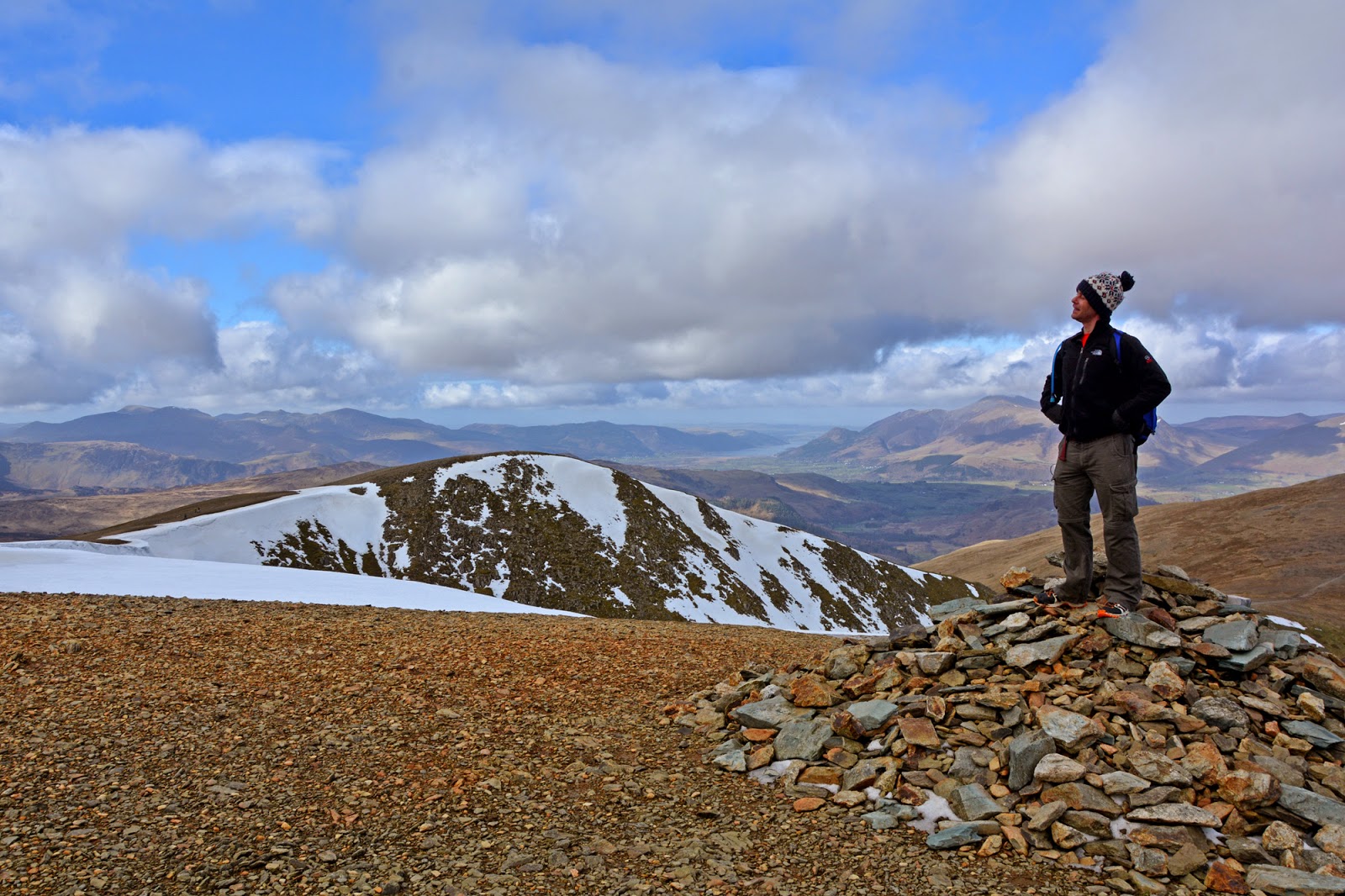 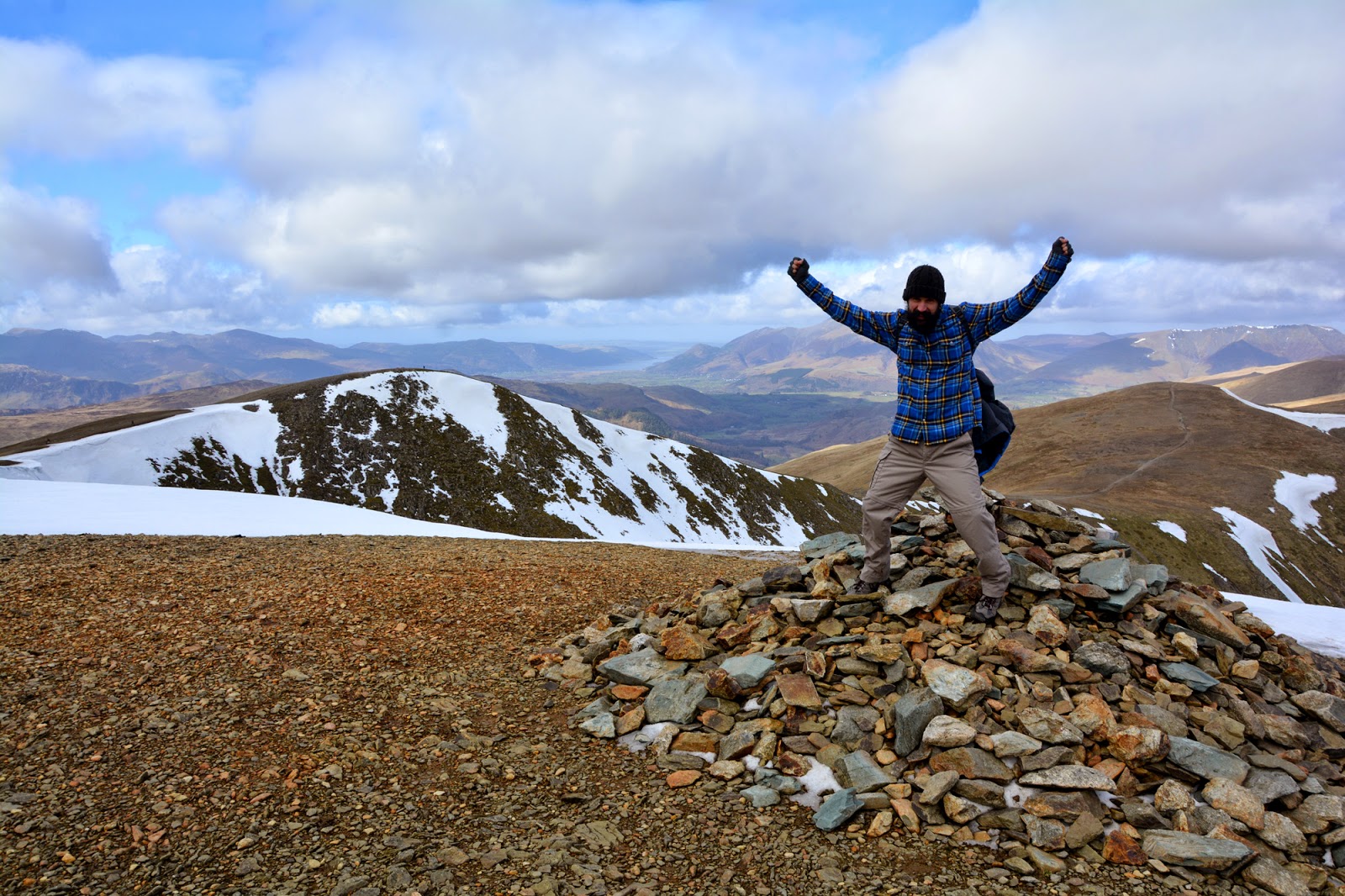 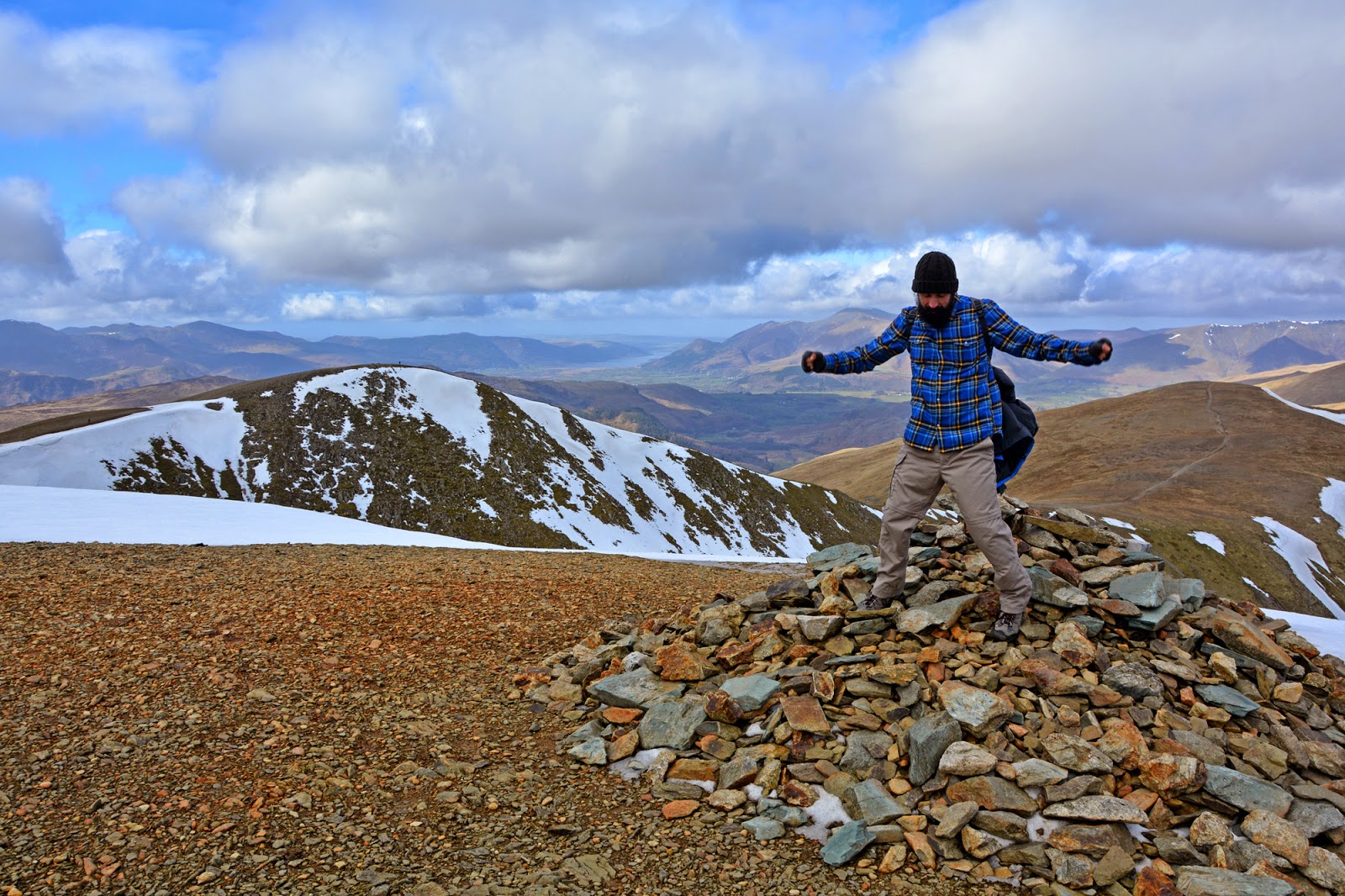 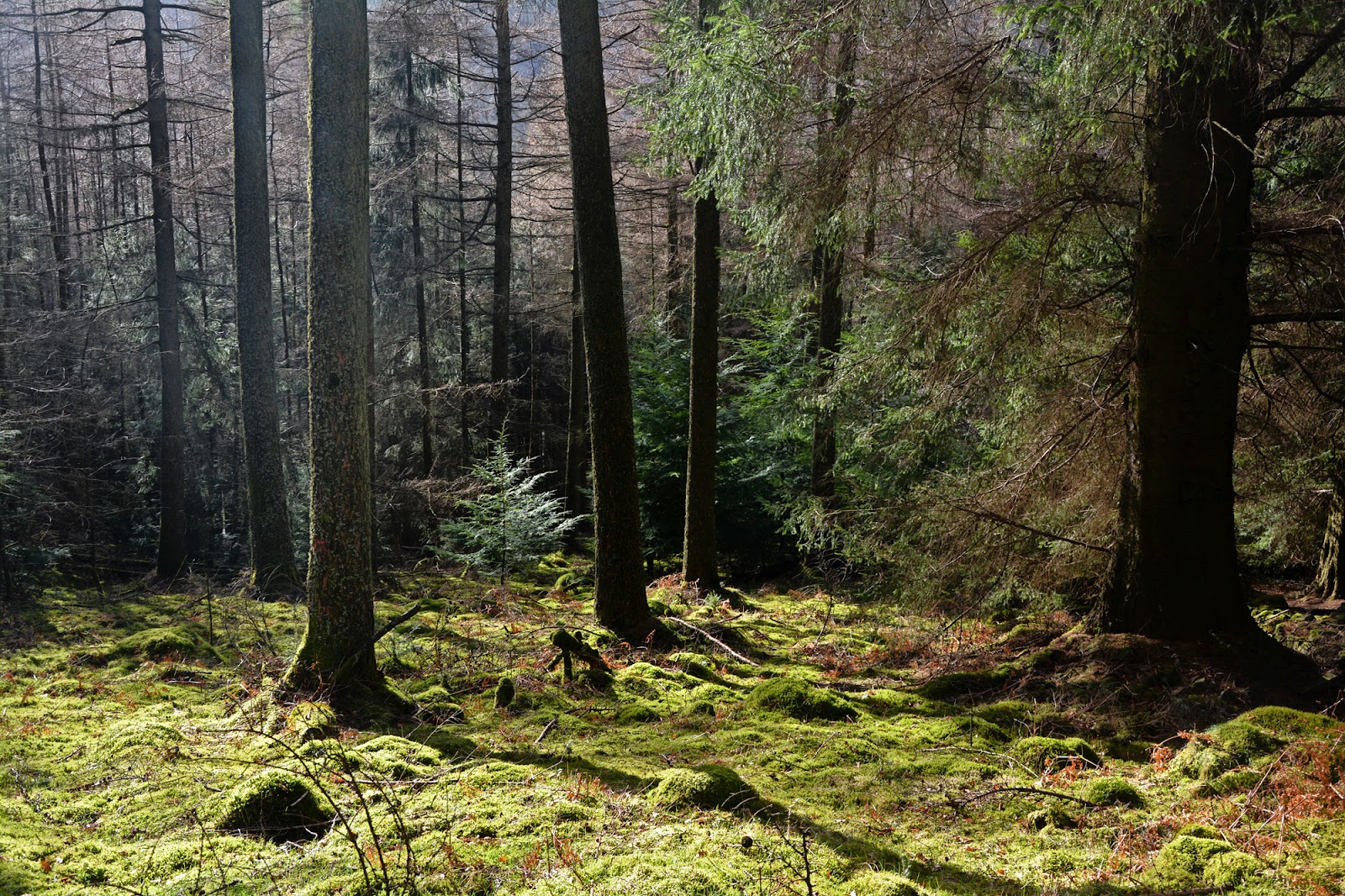