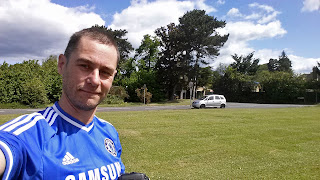 There are a group of highpoints about a 75 minute drive away from me that are not the most exciting high points however they still need to be ticked off the list so I was at a loss one day and decided to head off to get some of them done.

The highpoints in question sit in an area between Reading and Windsor, there are 5 in total and I decided I would do at least 3 of them today so I headed off in the Morning to find them. My first highpoint was probably the least exciting, it was the highest point of Slough and can be found to the north of the town on the side of a road near a residential area, it was fairly easy to find and I didn't stay long but at least I could tick East Burnham Park at 51 metres off my list, I was then back on the road to find number 2 of the day.

The next highpoint meant me driving along the M4 to the other side of Reading, The highpoint sat in the Tilehurst area of Reading as it is dominated by a huge water tower, it took me longer to get to this one due to a few road work but on arrival I took some photos and picked up some lunch, that was Park Lane at 103 metres,  the highest point of Reading ticked off the list, now it was time to head off to my last highpoint of the day. 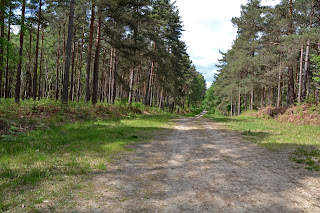 Back down the M4 and heading south towards Bracknell this time, I passed the town and headed into Bracknell forest where I parked at the Lookout Discovery centre car park, it was PACKED, it was currently half term so there were kids everywhere but I found a parking place and headed off to find the high point. It was probably a 30 minute walk to the highest point, it was right in the middle of the forest but it was a nice day and the walk was lovely, I travelled along several different paths and eventually got to the highest point, there was an area fenced off near by which I think was the actual highest point but I got as near as I could, This final high point was called Surrey Hill and was 130 metres high. It was then a walk back to the car and a drive back home again. 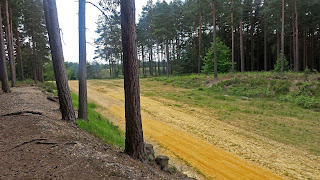 Bracknell forest is worth a visit if you are in the area but the other 2 highpoints were as expected not very exciting, the highest point of Slough is actually my 5th lowest highpoint to visit but at least I managed to tick them off my list. 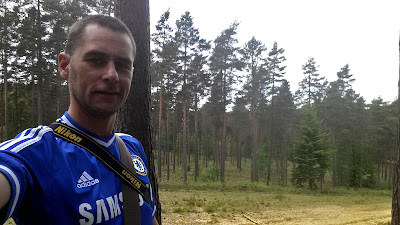