It was time to get some more high points ticked off and so I planned a trip where I could get a few done in one go, the first high point was a quick stop off not too far from my campsite in north Wales. I left home and drove the long drive up the M27, M3, A34, M40, M6 and eventually turned off the big motorways and onto the smaller roads, the area I was heading for was situated between Chester and Nantwich. On arrival at the small village of Bulkeley I worked out the best route to walk and eventually decided to change my parking spot and park on the otherside of the high point not too far from the village of Harthill. 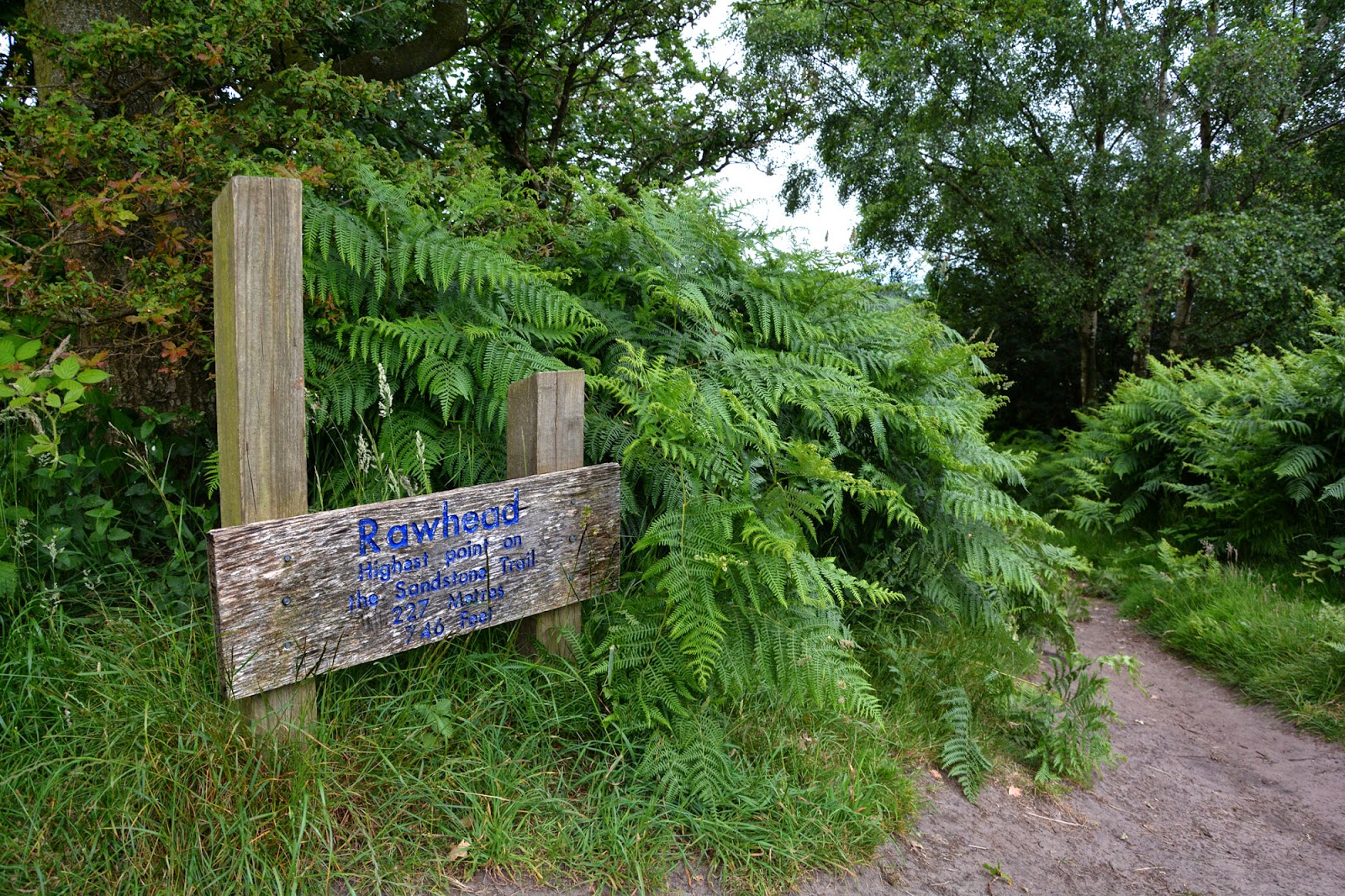 The lane to my parking spot was rather small and quite worn out so it was a bit of a bumpy ride but I found the location easily and parked up. Walking from the parking spot I instantly found myself walking up a hill and through some woodland eventually coming out at another bigger path which seemed to run along a ridge along the top of the hills, this path I was now walking along was part of the 34 mile long Sandstone trail which stretches from Frodsham in the north to Whitchurch in the south.
I walked south along this path for a while, on one side of the path were fields stretching out to the east and on the other side were the woodlands and a steep drop down, I followed the path for a few minutes and soon arrived at the destination, the highest point of Cheshire West and Chester, Raw Head. At 227.1 meters  it was also the highest point on the Sandstone trail, it was not amazingly high but the views to the north west were pretty amazing, in the distance I could just about see the Wirral and the rivers Dee and Mersey in the distance.

I stopped here for a short time and eventually retraced my steps back to the parking spot where I continued my journey to the campsite in North Wales. The Campsite was located in the north of Denbighshire not too far from the small town on Ruthin, I set up camp and had a quick cup of tea but soon headed off to find another landmark on the north coast of Wales.

About 40 minutes drive north I arrived at the seaside town of Talacre where I parked up and walked the short distance to the beach, the beach was amazing, very sandy and wide at low tide, however it was not the beach I had come to see, it was the Talacre Lighthouse. The Talacre Lighthouse stands alone on the beach, jutting out of the sand and standing tall and dominant keeping a watch over everything that happens around, It really does grow right out of the sand and is an impressive sight. I seemed to spend ages here and I eventually had to head back to the campsite because the tide was coming in, it had been an excellent way to end the day. 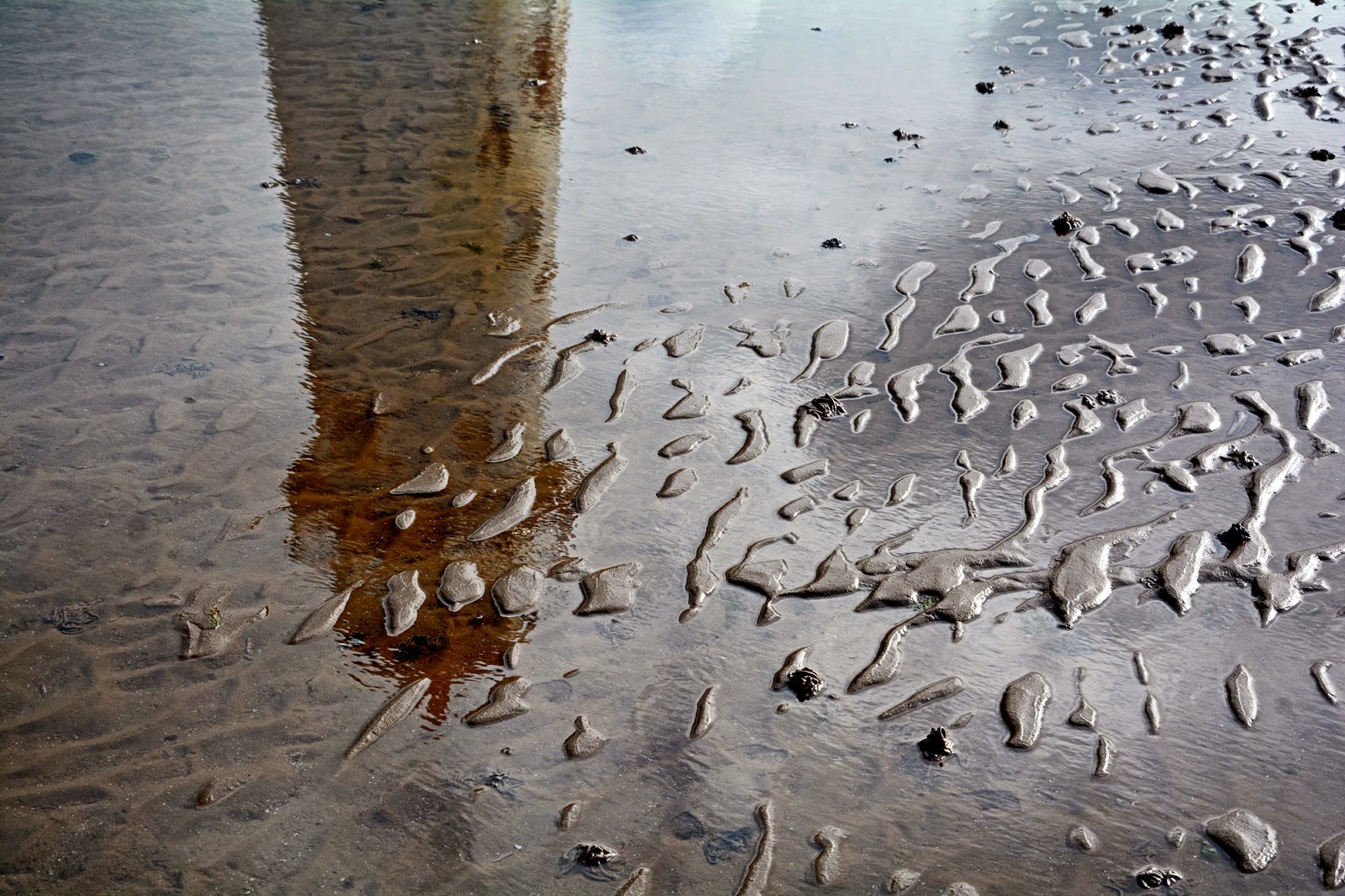 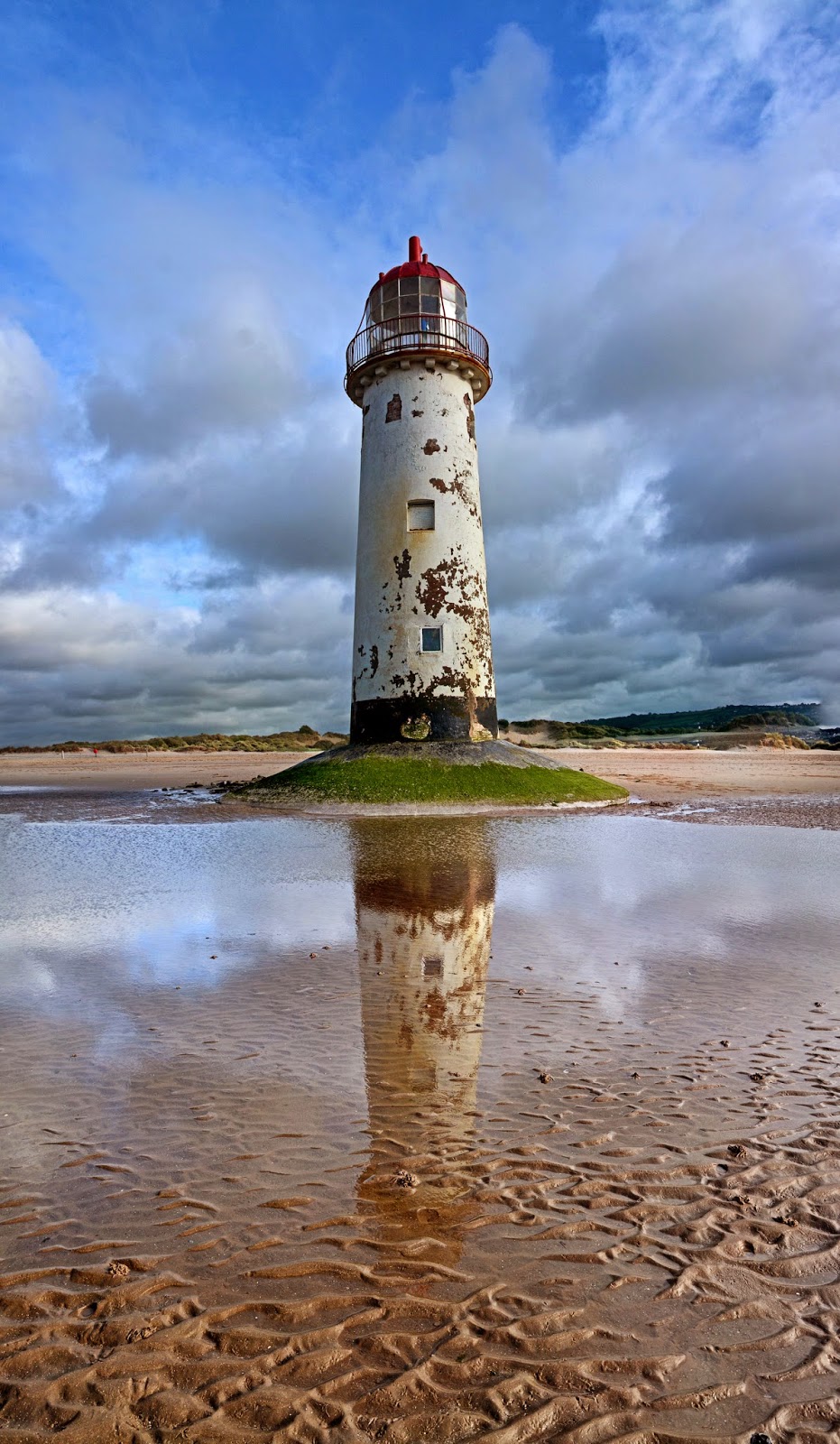 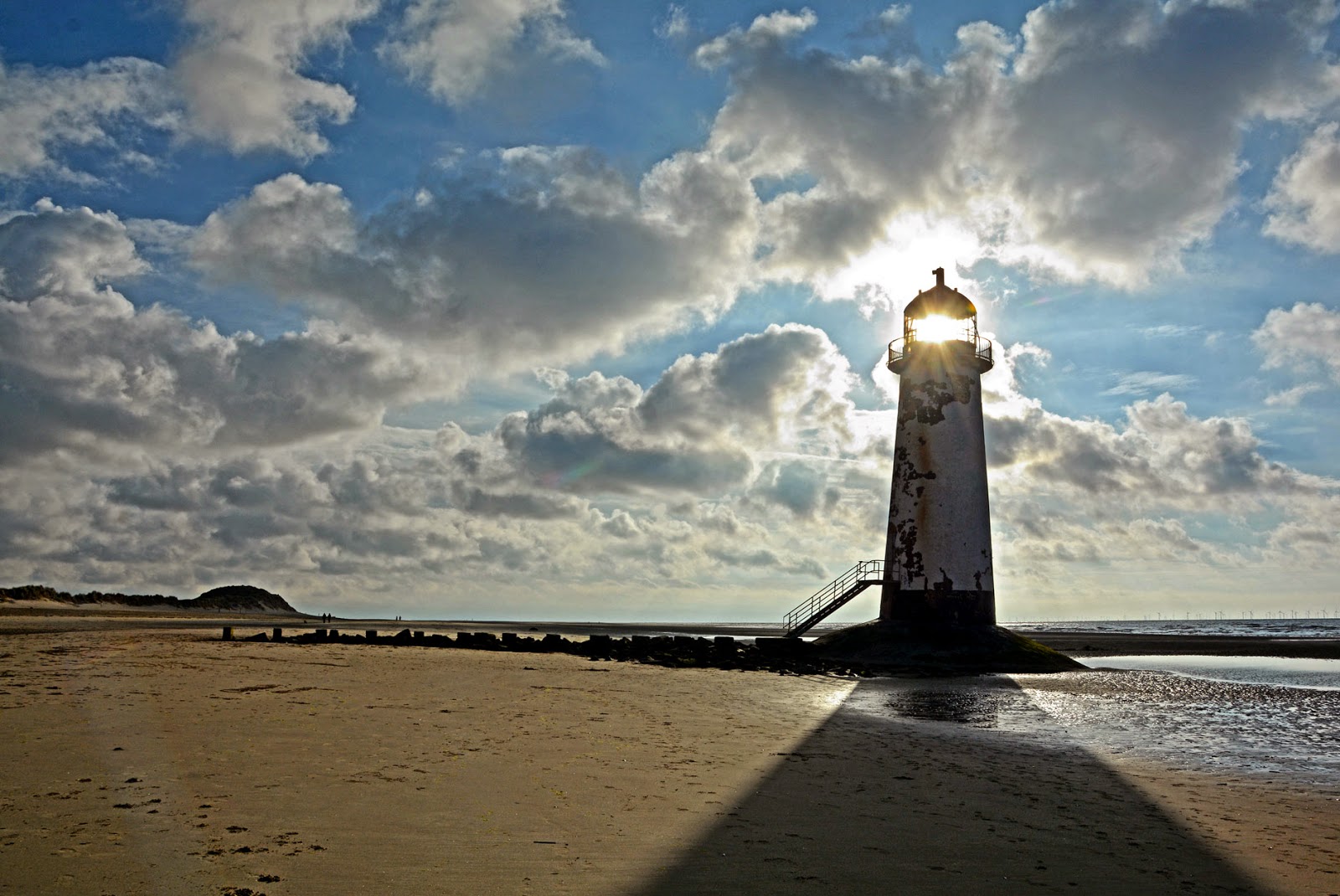 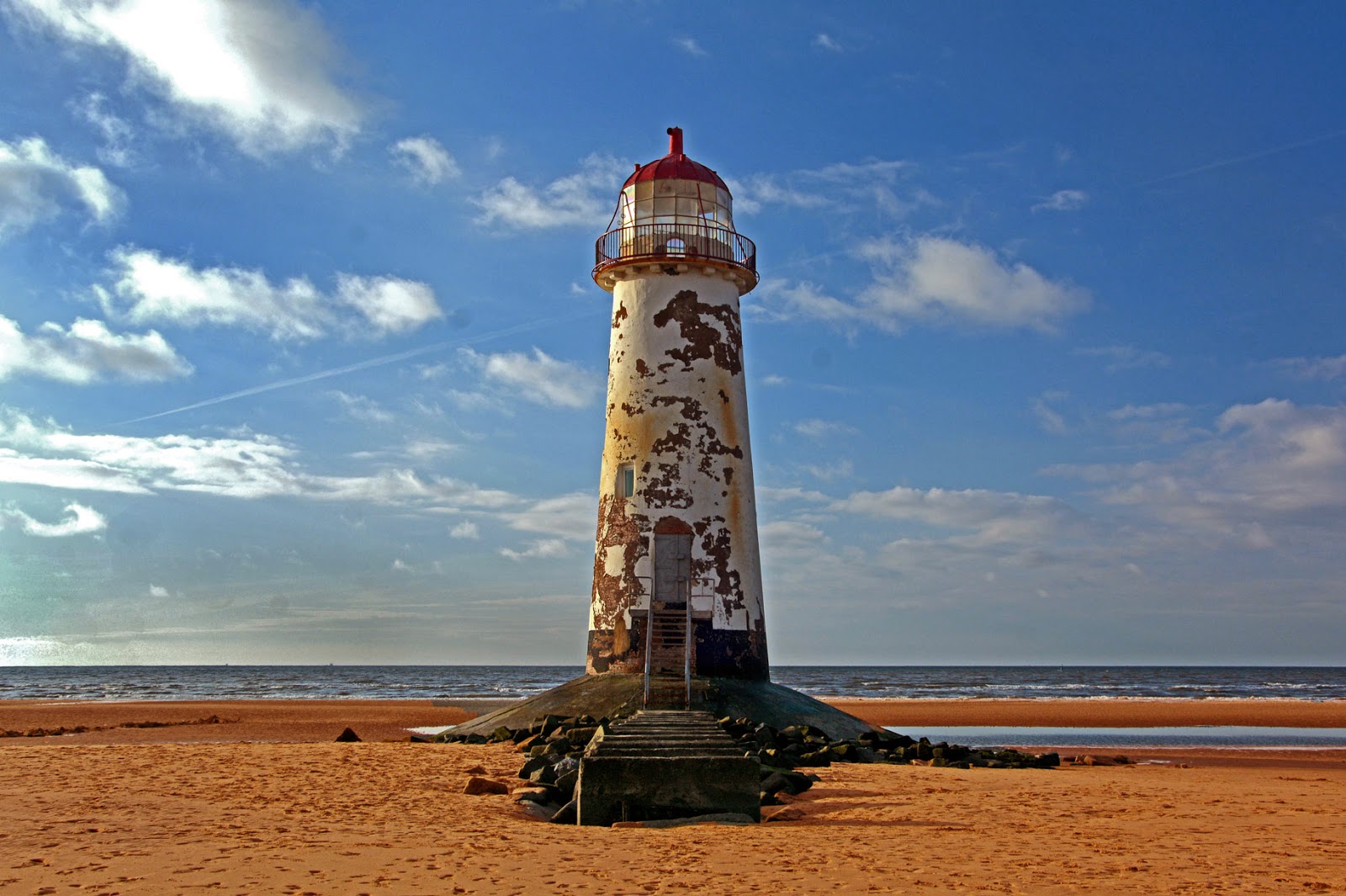 Email ThisBlogThis!Share to TwitterShare to FacebookShare to Pinterest
Labels: Cheshire West and Chester