As I progress through my 240+ highpoints I am having to travel further and further to get to them, many of the local ones I have already done and I am now starting to have to travel further north so it made sense for me to start doing some much longer trips away.

After some months of planning it was time to set of on a 12 day trip up to Scotland to get a few high points ticked off my list. the plan was to head up the western side of Scotland, then across to the eastern side and back down home again. So on the evening of Monday 12th June I headed north stopping off at Knutsford services for an overnight stop off in the Travelodge. 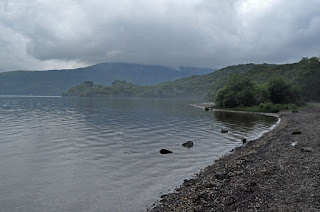 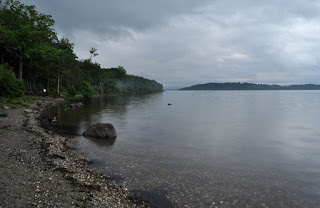 The next day I continued my journey north up the M6, past the Lake District and eventually into Scotland, passing through Glasgow and onwards to my campsite on the banks of Loch Lomond, I set up my tent and spent the rest of the day chilling out, when I say it was on the banks of the loch I literally mean right on the banks, my tent was a very short stones throw away from the waters edge which was lovely. I spent the evening relaxing and watching the wildlife around the loch. It was now day 3 and the weather was not too bad, the odd shower here and there but mainly dry which was good news at it was the first of my highpoints on this trip up to Scotland. After breakfast I headed south back down the banks of the Lock and then into the hills, parking near a distillery at the village of Dumgoyne. I left the road and headed up a small lane past a few houses, the lane zig zagged and eventually walking through a small woodland and then across a river with a few waterfalls. I soon came out of the forest and then across a field, over a sty out onto the open hills. 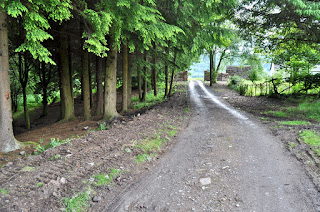 I had already climbed up about 100 mtrs but now the climb really started with a steep incline up an around the mountain of Dumgoyne, I did not climb to the top as it was not my goal so I continues around and past the hill carrying on in an easterly direction. I had now climbed to about 400 metres and I was to stay at this height for quite a while as I continued my walk towards my destination. I was rewarded with some pretty spectacular views north over Loch Lomond and beyond. My walk now started to head upward now and I finally reached the highest point known at Earl's Seat, at 578 mtrs it is the highest point of East Dunbartonshire. 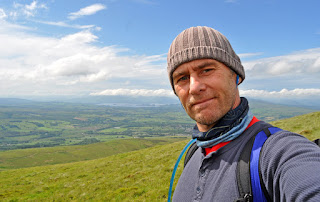 I sat here and had some lunch for a while and admired the view then set off a slightly different direction back to my car, The direction I took was a bit more direct but that led me through some marshy areas, I got my boots a bit wet but it was not too much of a problem and the sun was starting to shine a bit more now so I was quite happy wandering along.

I made it back to my car and then headed back to the campsite where I cooked up a lovely dinner and sat by the lake reading. I did notice that a mouse had chewed a hole in my tent so did spend some time repairing that and mouse proofing the rest of the tent finally ending the evening by watching the Germans skinny dipping in the Loch. 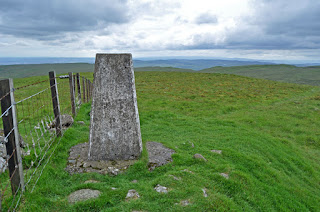