You may have noticed that I am running out of local high points and the time has come to start travelling so It was time to do a few high points over the course of 2 days. I decided that my first high point was going to be Ebrington Hill, in Warwickshire, this is a bit of an unusual one as most of the walk was in Gloucestershire, the highest point of Warwickshire lies just a few feet over the border between the 2 counties.

I left home around 10am and drove the 115+ miles towards the Midlands, my route took me along the M27,  up the M3, then the A34 towards Oxford, eventually I turned off onto the A44 passing Blenheim Palace and eventually arriving at Chipping Campden for some lunch. 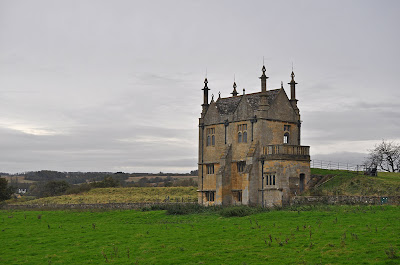 Chipping Campden is in the Cotswolds and is surrounded by amazing scenery, the village is also pretty amazing, a typical old fashioned village with tea rooms and little shops. I had a nice wander around the main high street and around the market hall which was built in 1627. Walking away from the main street I headed towards the church and had a wander around that area, there was a house which reminded me of a house in the Harry Potter books. Back in the village I had my lunch (Sausage Roll and Almond Tart) and then drove to a car park at the base of Ebrington Hill just a few miles away.

I left the car and started the walk up the hill, it was not far to walk to the top and not steep either, just a gradual climb, it was not long until the amazing views were stretching out behind me, the path turned right and then I came across a massive puddle which I had to climb across somehow without getting wet feet. 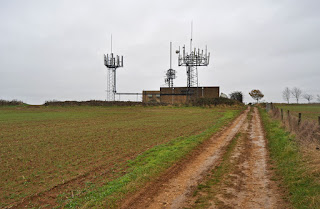 A few minutes later I had reached the top of the hill, I finally walked out of Gloucestershire and into Warwickshire where the high point was situated, a small area was fenced off where a communication station was situated but the views to the west over the Cotswolds were amazing, I took a few photos and it was around this point it started to rain a little. It was not long before I made my way back down towards the car park. There was nothing spectacular about Ebrington hill but it was a nice walk and worth having an explore. 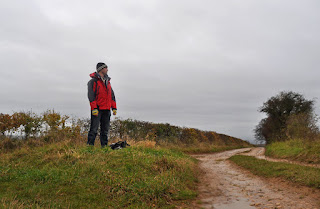 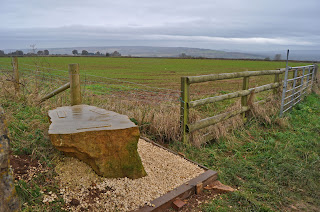